We’re all spending a lot more time at home, and that means more time to cozy up with a great book. Here are 9 great reads to pass the time with!

This one is first in our list of great reads. It’s such a classic – especially for solo female travelers, aspiring or experienced.

“Where’d You Go, Bernadette is an ingenious and unabashedly entertaining novel about a family coming to terms with who they are and the power of a daughter’s love for her mother.

This book is a great pick for lifting your spirit. It’s a quick, light-hearted read about family, with a big dose of adventure in the White Continent – Antarctica!

Wild: From Lost to Found on the Pacific Crest Trail by Cheryl Strayed

You’ve probably already seen the uber-inspiring film released in 2014, starring Reese Witherspoon. But have you read the book?

“Told with suspense and style, sparkling with warmth and humor, Wild powerfully captures the terrors and pleasures of one young woman forging ahead against all odds on a journey that maddened, strengthened, and ultimately healed her.”

The Entire Earth and Sky: Views on Antarctica by Leslie Carol Roberts

In 2017, R&R co-founder Kori found herself seated next to author Leslie Carol Roberts on a flight home from Iceland. They started chatting – at first, it was just small talk about the flight. By the time they’d reached San Francisco, they’d gabbed through the entire flight – mostly about Leslie’s experience traveling to Antarctica with Greenpeace as a research journalist, years ago. The stars were aligned – just a few months after that serendipitous encounter, Kori fulfilled her ultimate wish. She made it to the bottom of the world herself. On the ship, crossing the tumultuous Drake Passage to get there, she sat by a window with one of our great reads: Earth and Sky.

“More than a distant continent, Antarctica is a land of the imagination, shaping and shaped for centuries by explorers, adventurers, scientists, and dreamers. The Entire Earth and Sky, a kaleidoscope of legends, stories, field notes, images, reports, history, letters, and research, renders an impression, both vast and microscopic, of the effect of human beings on the land we call Antarctica, and its effect on us. It balances the reality of the frigid outpost populated by a ragtag alliance of international researchers against the crystalline dreamscape of a continent at the bottom of the world.”

The Book of Gutsy Women: Favorite Stories of Courage and Resilience by HRC and Chelsea Clinton

Need a good dose of girl power right now? Pick up this, one of our favorite great reads, and be inspired! Every single woman in this book is a bad ass. They stood up to the status quo and asked the hard questions. They didn’t back down and they got the job done.

“While there’s a lot of work to do, we know that throughout history and around the globe women have overcome the toughest resistance imaginable to win victories that have made progress possible for all of us. That is the achievement of each of the women in this book.”

The Tattooist of Auschwitz by Heather Morris

Life feels a little bit different right now. The adjustment can sometimes feel difficult. It’s during times like these we can all use a reminder that things could be worse – there is still much to be grateful for. And also, that hope springs eternal. You’ll find both in this heart-wrenching story of survival, hope and love in one of history’s darkest moments.

“A vivid, harrowing, and ultimately hopeful re-creation of Lale Sokolov’s experiences as the man who tattooed the arms of thousands of prisoners with what would become one of the most potent symbols of the Holocaust, The Tattooist of Auschwitz is also a testament to the endurance of love and humanity under the darkest possible conditions.”

The Immortal Life of Henrietta Lacks by Rebecca Skloot

“Her name was Henrietta Lacks, but scientists know her as HeLa. She was a poor black tobacco farmer whose cells—taken without her knowledge in 1951—became one of the most important tools in medicine, vital for developing the polio vaccine, cloning, gene mapping, in vitro fertilization, and more. Henrietta’s cells have been bought and sold by the billions, yet she remains virtually unknown, and her family can’t afford health insurance…It’s a story inextricably connected to the dark history of experimentation on African Americans, the birth of bioethics, and the legal battles over whether we control the stuff we’re made of.”

Always looking for a way to make positive changes in your daily routine? Us too! So, why not use this time to make some changes? Use this great read to lose some “bad” habits and build new “good” habits.

“James Clear, one of the world’s leading experts on habit formation, reveals practical strategies that will teach you exactly how to form good habits, break bad ones, and master the tiny behaviors that lead to remarkable results.”

Now that many of us working exclusively from home, the ability to communicate effectively is more important than ever. This great read is short and to the point. It’s an easy read with lots of great tips and entertaining anecdotes to go along with them.

“Simply Said is the essential handbook for business communication…You’ll learn the skills to deliver great presentations and clear and persuasive messages, handle difficult conversations, effectively manage, lead with authenticity and more, as you discover the secrets of true communication.”

Check out our upcoming destinations! We will be rolling out new trips regularly and have some exciting things in the works! 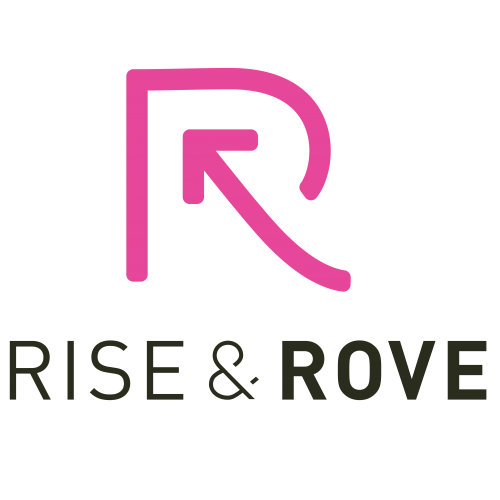